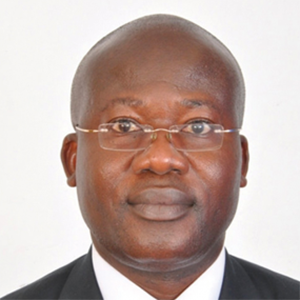 Eric Yirenkyi Danquah is a Professor of Plant Genetics at the Department of Crop Science of the College of Basic and Applied Sciences, University of Ghana. He is a recipient of the University of Ghana Distinguished Award for Meritorious Service, 2013, a member of the IAEA’s Standing Advisory Group on Nuclear Applications, the 2018 Laureate, Global Confederation of Higher Education Associations for Agriculture and Life Sciences (GCHERA) World Agriculture Prize and the President of the African Plant Breeders Association. He is an Adjunct Professor at the University of Western Australia and a Visiting Scientist at the College of Agriculture and Life Sciences, Cornell University. Currently, he serves as the Director of the West Africa Centre for Crop Improvement, established in the University in 2007 as a consequence of his shared vision and leadership to train a new generation of plant breeders to develop improved varieties of the staple crops of West and Central Africa. He served as the Director, Biotechnology Centre, University of Ghana from 2014 – 2019 and is a former Dean, International Programmes, University of Ghana. Eric Danquah recently led the WACCI hybrid maize development project, which has released three high-yielding hybrid maize varieties currently being commercialized in Ghana. His WACCI-led project has evolved into one of the largest plant breeding PhD programs in the world. Eric Danquah holds a BS degree in agriculture (crop science) from the University of Ghana, a MPhil degree in plant breeding and a PhD in genetics from the University of Cambridge, UK.