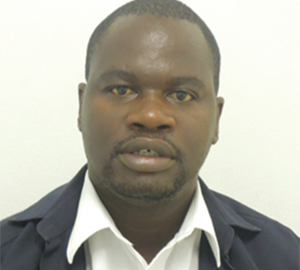 Dean Muungani, a Zimbabwean, is currently the Product Manager, Grain Crops in IITA. He is a holder of Masters Degrees in Business Administration and Plant Breeding & Seed Systems obtained from the University of Zimbabwe and University of Zambia in 2013 and 2010 respectively and a BSc Honors degree in Agriculture (Crop Science) obtained from the University of Zimbabwe in 2003. He started his career as a Maize Breeder (Research Officer) with the Crop Breeding Institute, under the Department of Research & Specialist Services (DR&SS) in the Ministry of Lands, Agriculture & Rural Resettlement in 2003 after which he joined Agriseeds (Pvt) Ltd., a Zimbabwean private seed company, to establish a Research Department in 2007. Prior to joining IITA, he worked with Seed Co as a Senior Maize Breeder in 2014 and rose to being the Head of Stapleford Research Centre in 2015 as well as the Head of Product Development in 2016.